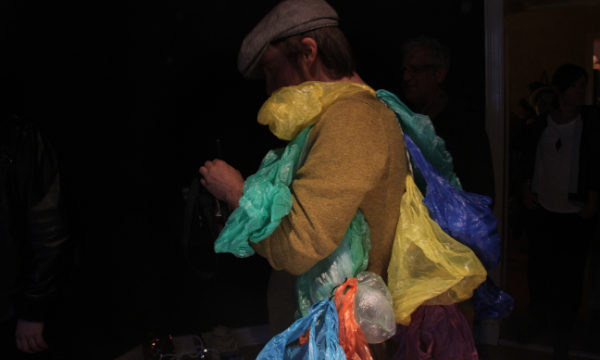 Taking the Bags to the Sea
March 2013, Funchal, Madeira, Portugal

Over the last years, the amount of plastic packaging in my daily life increased immensely.
Fruits and many other items that previously could buy unpackaged now come “hygienically” packaged in a plastic coating.

We exploit natural and human resources for the sake of selling more.
Is that what you call efficiency?

Very inefficiently, i find animal, human and extraterrestrial characters in these forms,
paint them like masks on transparency, reanimating waste, discovering a world.