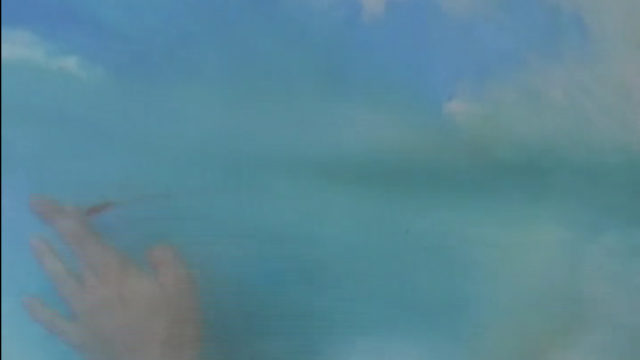 I flew to Brazil to paint the sky in oil colours, because of the slowliness. In 1999, swimming saved my life. To feel the water surrounding, touching and carrying my body whilst offering an incredible freedom to move, I found grounding in this flux. I thought of making a video, just watching my arms enter and glide through the water in a continuous rhythm. Years later, I revisited that thought as a video. Double exposed analog 36mm halfframe film in one piece, digitalized and animated.
Images of the botanical garden in Barcelona cross those of a safari park.

I paint my hidden smile